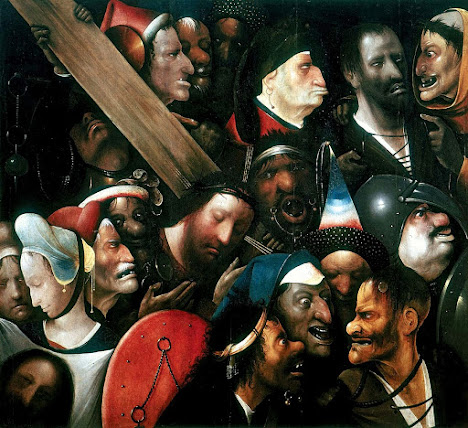 This article was originally published in Bournbrook Magazine on 25th September 2020.

Western civilisation has fallen. This is not only fact; this is history. There is nothing left to conserve. We are living in the ruins of Rome. All our institutions now belong to the barbarians - to defend them is no longer duty, but treachery. And what was once treachery has become duty.

Thus in this topsyturvydom those who believe in objective morality, spirituality, beauty, hierarchy, monarchy, patriarchy, nation, the sanctity of human nature, and perennial wisdom are the outcasts and radicals, and should start acting as such. There's no hope in upholding or seeking to change an establishment that desires your very destruction - just as there is no hope in redeeming a hardened murderer as he lunges at your throat. Urgent self-defence is required.

Right-wingers must think very carefully about where their loyalties lie. Do you belong to your church, or to God? Do you belong to your State, or to your nation? If modern Britain went to war, would you fight for it, or against it? These are some of the questions I ask you to consider. "I came not to send peace, but a sword. For I am come to set a man at variance against his father, and the daughter against her mother, and the daughter in law against her mother in law. And a man’s foes shall be they of his own household."

The argument thus becomes not "how can we save the West?", but "what should replace it?". In this question there appears a division: Neo-West and Neo-Christianity on one side, and Post-West and Post-Christianity on the other. The Neo faction will seek to upgrade Christianity and the West - this could be anything from mere rebranding to real rewiring. The Post faction will, in Spenglerian fashion, accept that the Western identity has run its course, and seek to define the next civilisation and religion which, while containing elements of the old (as Western civilisation contained elements of the Classical civilisation which preceded it), will nevertheless be fundamentally new. Of course, in practice it won't be so clear-cut as this, and there will be many grey areas between them. Many people will exist somewhere in the middle. But this, I believe, is the future of the Western right.

Pure reactionaries won't even factor into the discussion. The public will always associate past eras and ended empires with failure; and in any case, the world has changed drastically since the 1960's. By all means restore that which you can, but it will be useless unless accompanied with a plan for the future. The reason conservatives are dragged irresistibly towards surrender after surrender to the left, is because they have allowed the left to decide the nature of “progress”. The future belongs to those who define it for themselves!

This is not a call to water down our ideals in the slightest; to do so would be to accept the inevitability of the left and thus, surrender. If anything, to define our own future utterly divorced from the current direction of history will transform us into radicals of an epochal magnitude, so that compromise will become inconceivable, and only one of two possibilities will follow: our total destruction, or that of our opponents.

We must also cease this petulant obsession with the ballot box. Westminster and Washington are merely the most obvious, outward expressions of a deeper web of power involving money, culture, art, ethos, academia... over which our influence is currently minuscule. The Conservatives and the Republicans may be in government, but make no mistake - they are the controlled opposition. Every link with them must be severed; every chain broken. Nothing can be accomplished through our decadent parliamentary system because the thing itself is inherently corrupt. We must greet each election with nihilistic indifference; we must reject every compromise the desperate establishment offers us as an ensnarement. When our movement - a metapolitical movement, not only political (in an effective, anti-establishment sense), but spiritual and cultural - reaches hegemony, the powers that be will melt away like candlesticks in a furnace. This is not defeatism or surrender. It is realism and virility!

For sixty years, it has been fashionable to tear civilisation down rather than build it up - the inverse of the heroic archetype, which confronts chaos and constructs order out of it. We will overthrow this culture of infantilism and iconoclasm - the adult will once again be prized over the adolescent, the ancestor over the descendant, the prince over the rebel, the master over the apprentice, the policeman over the criminal, the civilised over the savage. Thus you see the scale of the revaluation of values which we must achieve - and nothing short of it, lest the cycle of degeneration continue.

Our allegiance must not be with stagnation and decay, but with creativity, and progress in the true sense of the word – that is, the process of civilisation that raised mankind from the dirt, built a thousand empires, each more glorious than the last, and will someday allow us to conquer the stars. It is only by realising the total depravity of the modern West that we will stop clinging to ashes and be able to embark upon the next stage of Occidental evolution.

The old West, of marble busts and Gothic cathedrals, is dead. The modern West is nothing but its staggering, zombified corpse, defined as it is by a faithless secular Christianity and a cult of the last great war. To belong to either incarnation - one dead, the other undead - is foolishness. We shall not live in memories. We want a living, breathing civilisation, and we’ll settle for nothing less.