The Wandjina: gods of the rocks 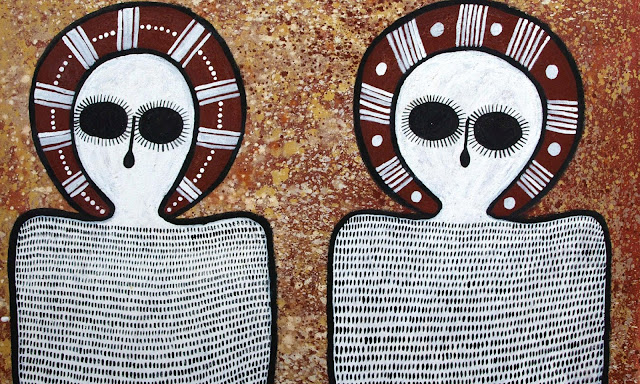 A few months ago I spotted a strange face peering at me from an image on the internet. I was captivated, and I had to click. It turned out to be one of the Australian Aboriginal spirits known as the Wandjina, and ever since I have been utterly fascinated.

The Wandjina are believed by the Aborigines of the Mowanjum Community in Western Australia to have been spirits of the Dreamtime. Accounts vary as to whether they were created by the Rainbow Serpent, helped the Rainbow Serpent to create the world, only created man, or were made only to help man. But whatever happened in the Dreamtime, when the Wandjina found the place they would die, they painted their images on cave walls and entered a nearby waterhole. To this day the Mowanjum Aborigines repaint the Wandjina every December or January as a means of restoring their life force. As the Wandjina are rain spirits, this ensures the arrival of monsoons.

Interestingly, the Wandjina rock art dates to around 3800-4000 years ago, when a millennium-long draught ended and a wetter climate of regular monsoons took its place. So there may be some truth to the Wandjina myth after all. Certainly, I find the art utterly captivating and alluring. Mouthless, with eerie blank eyes and spectral faces - if you gaze at them for more than a moment you start to think they really are gods. In stylised art I always enjoy the striking contrast between black and white, and these icons are no exception.

They are made all the more mysterious by the fact that the Aborigines actually believe they contain the life force of the Wandjina, or are the Wandjina themselves (depending on who you ask). In 2007, when graffiti depictions of Wandjina began appearing throughout Perth, some Mowanjum Aborigines thought it blasphemous for this very reason.

Due to their bulbous eyes, pale skin, and space-like helmets, the Wandjina have become a prime choice for those ufologists who like to point out extraterrestrial influence in human history. For me personally, however, I think they're far more exciting if we imagine that they are what the Aborigines claim: paranormal spirits trapped within cave paintings, rather than the Western, scientifically explainable theory of life from beyond earth. 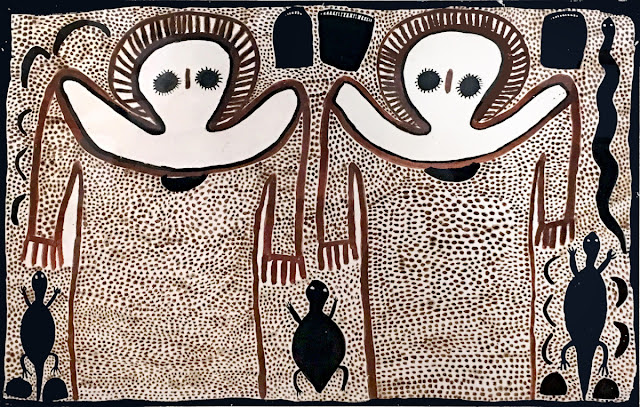 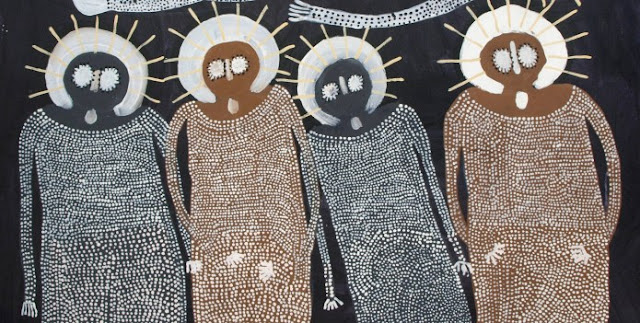 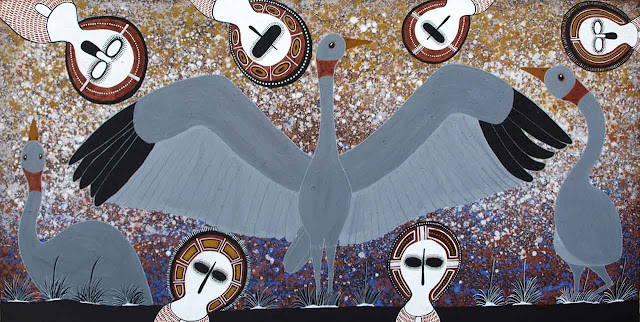