Why I prefer the presidential system 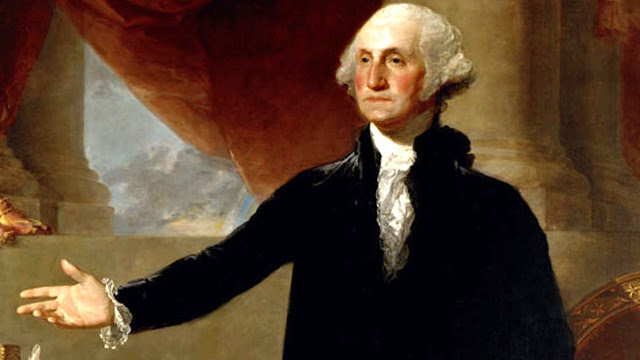 I have long taken our parliamentary democracy to be a source of national pride. The parliamentary system, defined by the executive being accountable to the legislature, is rooted in compromise. The Prime Minister must appease his Cabinet, often composed of influential MPs or even rivals within his party. He must also appease his backbenchers, and take care not to give the Opposition any coal for the fire. The MPs themselves are accountable to constituents and pressure groups. Overall this makes for a web of compromises and a fundamentally committee-based form of government.

I have long thought this made our government more accountable, ultimately, to the people - more democratic. But one must question democracy's purpose - is its function to allow the people to govern themselves, or is it a system for ensuring good, accountable government? It must surely be the latter, for the former is direct democracy, whose instrument is the divisive referendum and whom may be called tyranny of the majority in its purest form. No, all civilised, stable countries favour representative democracy. I am a logical person; I do not see any moral imperative to allow the people to govern themselves if it means poorer government for them. In my opinion it's far better that they elect an accountable person to govern them on their behalf, if they'll be better off for it. In other words, I am a pragmatic democrat, not a dogmatic one.

So I certainly believe we can have too much of democracy. Direct democracy is an example, but so, perhaps, is parliamentary democracy. I was bored to tears reading the 2019 Conservative manifesto. I voted for and even joined them this latest general election, and their manifesto was certainly more uncontroversial this time around to "play it safe" and focus on their Brexit trump card. Nevertheless, it made me consider that there may be flaws in our committee-based method of governance after all.

It was fundamentally a manifesto only a committee could have come up with. Everything about it was designed to be as catch-all as possible. Apart from "getting Brexit done" it contained no creative, interesting, unusual, adventurous or intellectual policies. It occurred to me that our system was inherently bias against such policies; Prime Ministers are incentivised not to use their own individual reason when it comes to government but to appeal to the broadest possible range in their Cabinet, among their MPs, among their Party members and among the electorate. It is a system which caters to conventional wisdom and the inoffensive, and encourages the lowest common denominators. Labour's manifesto was far more radical*, full of interesting if not always beneficial ideas such as nationalising broadband or a National Education Service, and they were eviscerated by the media and the voters for it.

This has resulted in a supposed representative democracy which functions in practice as an indirect direct democracy. Our leaders do not lead but slavishly obey every whim of the mob, no matter how self-destructive. Prime Ministers are forbidden to use their own reason or governing skill and instead act as collectors of the opinions of millions, bottling them into bland little platforms without risk or cohesion. I say cohesion because having to appease numerous factions with different opinions makes for incoherence, naturally; which is another flaw of this system. Groups by their very nature cannot make rational decisions; only individual humans with coherent worldviews can be rational.

This is why our MPs and politicians are so bland and unintellectual. There is no room for them to think, merely to represent. A great example would be Boris Johnson himself. I'm very interested in the intellectual side of him; he obviously has a great grasp of history both British and Classical. Apparently Pericles is his idol. Yet we see none of this in his political persona, that being the dull "let's get Brexit done to fund our NHS" populist. It's what an endless line of committees stretching back through Cabinet and Parliament to the electorate at large constrains him to be. It makes me feel our politicians should be a little less accountable. I wonder what President Boris Johnson would be like?

It is here I come to the solution to our problem. The United States, it seems to me, does not so much suffer from the same malady. The Americans are led by a President, not subject to any Parliament but elected by the people directly for a clean, clear four-year term. It is almost a kind of elective monarchy; during that term the President is relatively free to govern the country as he sees fit. Subsequently governments in America are not based on manifestos or pledges as they are in the UK, but on leaders. British general elections are really decisions between vague Conservatism and vague Labourism moreso than who actually enacts those policies (which is why Prime Ministers can change via internal Party elections). Presidential elections differ in that they are decisions not on policies directly but on leaders; this is far closer to my own vision of democracy being a system of ensuring efficient, accountable leadership rather than a system for letting the people govern themselves. This allows the American electorate to choose leaders who are true individuals with cohesive worldviews that are free for a four year period to enact their own rational decisions which arise naturally from said worldviews.

It occurred to me we would never get a figure quite like Andrew Yang or Donald Trump in British politics. Love them or hate them, they are freethinking individuals with coherent worldviews. And - how many times do I have to stress this? - only individuals with human minds can make coherent decisions and enact their own reason. Groups do not think. This is why the Royal Prerogative, our only scrap of presidentialism, exists in the United Kingdom for foreign affairs and national defence. But additionally, only through the presidential system can creative, interesting, unusual, adventurous or intellectual ideas make their way into government without a hundred committees watering them down. That's why Andrew Yang and Donald Trump, each with radical ideas for better or worse, can exist in American politics but not our own. This does not necessarily mean Presidents will be more radical than parliamentary Prime Ministers, merely that they have the freedom to be if reason dictates they should; because sometimes the adventurous option is beneficial. The truth is Presidents in certain lucky cases are able to be far closer to the Platonic ideal of the philosopher-king.

I am not arguing for a presidential republic; we needn't abolish the monarchy. The Prime Minister would have to be elected separately for a set four or five year term, and be granted an expanded Royal Prerogative that would include making Orders in Council the British equivalent of American executive orders. This would allow him to be a de facto British president without also creating him head of state. I actually think the merger of the positions of head of state and head of government is one of the big flaws of the American system, and I'm thankful we have a ceremonial civilian head of state (HM The Queen) to absorb the veneration that would otherwise go to our actual leaders, as it does to the President in the US (the man lives in a palace, has an official consort and personal anthem, and performs all the glorifying ceremonial duties in this country wisely reserved for the monarch).

My prior criticisms of committee thought aside, I do think the legislature should continue to exist as it does in America; for lawmaking (as opposed to leadership) should rightly be conciliatory and based on compromise. Separated from the executive branch, Parliament would become more of a Congress. This should do away with much of the tactical voting which is a fact of life in our general elections. Additionally, I have defended First Past the Post before because it sacrifices representation to achieve majority government (which is utterly necessary in our parliamentary system). But with the government no longer hinging on the make-up of Parliament, we would actually be free to get rid of this method in favour of something more proportional; though I would be careful to preserve the accountable link our MPs have with their constituencies (which proportional systems based on party-political affiliations tend to lack).

This is my argument for the presidential system of government. We must not be democratic in the sense of "rule by the people", but in the sense of "choosing our own rulers". The highest of ideals held only by certain men will not be contained in any manifesto. We must not be ruled by mobs but minds.
Even our current parliamentary system has been at its most efficient - for better or worse - when particularly charismatic leaders have been able to overcome committee groupthink. Such leaders would include Thatcher and Tony Blair. You may not have liked the direction they took us during their leadership, but at least they took us anywhere at all.


*This is not to say parliamentary democracies cannot go in extreme directions. I meant "radical" in the sense of "free of the bounds of conventional wisdom". In fact conventional wisdom is often swayed by extreme, crazy or half-thought-out ideas. A parliamentary democracy may very well go in an extreme direction, but less likely in a well thought-out or rational one (for only individuals are capable of reason), or one that has any degree of controversy with the media or masses (and often controversial ideas are the rational option).
Labels: Politics