Stand up for Chappelle 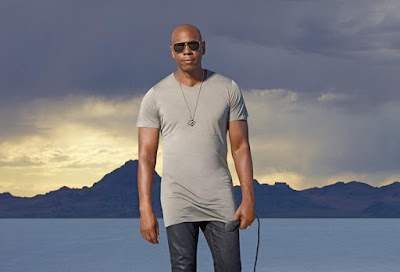 I had heard terrible things about Dave Chappelle's latest stand-up comedy special Sticks & Stones, available on Netflix. Admonished by critics for its apparently racist, homophobic, and victim-blaming content, I had come to expect the height of vulgarity. But when I finally got around to watching it this week I found something utterly within the ordinary. It was just dark, provocative humour - the sort I've come to expect from stand-up comedians like Dave Chappelle or Ricky Gervais. Really, it was nothing I could imagine any sensible, intelligent person raising an eyebrow at. Chappelle was blindingly obviously being controversial for comedic effect - I truly pity the thick, thick people who could have interpreted it any other way.

If these were harmless idiots I wouldn't really care. But they are professional critics - journalists; members of the media class. They are at the spearhead of Western culture, and the fact that they have had this response to comedy as tame as this is genuinely frightening. It's almost as if the most hysterical fears of the right-wing media which I have long avoided are finally coming true.

Comedy breaks tension between groups in society and speaks uncomfortable truths that would in any other format be unsayable. I'm not suggesting comedy is free from impunity - bad comedians can be unnecessarily vulgar and offensive in ways that do not point out any uncomfortable social realities as Chappelle brilliantly does. But to condemn innocent, effective dark humourists will only serve to suffocate a vital valve of intergroup tension and honest freedom of thought, utterly necessary in any enlightened, liberal democratic society.
Labels: Film Politics