Why is Christian pop so bad? 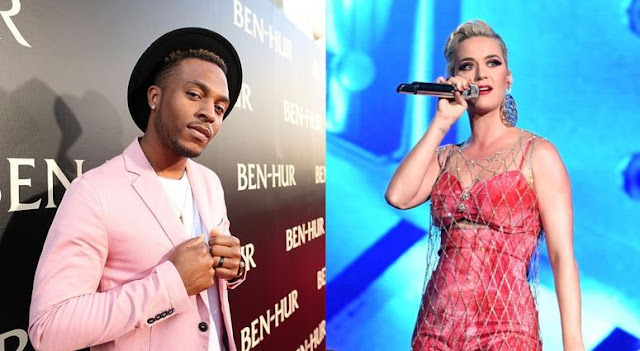 Katy Perry was recently and controversially sued by Christian rapper Flame, because her 2013 single "Dark Horse" was supposedly too similar to Flame's own "Joyful Noise". I had never heard of Flame before; indeed ironically he has probably achieved far more fame through this lawsuit than he ever would have had Perry not allegedly ripped him off.

Christian hip hop seemed intriguing to me. I'm a big fan of 90s gangsta rap, but I admit I do sometimes question its glorification of a nihilistic lifestyle. "Perhaps Christian hip hop would be a nice change from the endless stream of raps about bitches, drugs and money" I thought to myself, and duly gave "Joyful Noise" a listen. How wrong I was.

Mundane, predictable, clichéd rhymes about generically serving the Lord, coupled with guitar that jars horribly with the beat. Here's the first "verse", as it were, actually rapped by fellow Christian hip hop artist Lecrae:

Your boy's been a Christian, quite a few years
Victory and faith, but I failed in my fears
I heard a lot of words that have tickled many ears
That's why I praise God for the Word that we adhere
The Word became flesh, lived for thirty years
Died at 33, but after days reappeared
Jesus Christ anointed one ascended in the air
Or you can say the air where the Father made Him heir
Of all things The Throne, no it's more than a chair
But after our redemption, yes He did take a chair
Greater than the angels' name superior to theirs
This is Hebrews - Hebrews Chapter 1 if you cared

What's wrong with these lyrics? Well, apart from the fact the word "tickle" should never end up in a rap, they're over-obvious and over-literal. You might as well be quoting the Bible directly. "Died at 33, but after days reappeared". Yeah, I know. This is more like an educational Sunday school sermon than a personal, heartfelt expression of faith.

Compare this with Pergolesi's Stabat Mater, a beautiful piece written as the composer was dying of tuberculosis at the age of 26. It contains all the suffering empathy of a Christian towards Christ on the Cross. The same could be said of Mozart's Requiem. These are emotional explorations of the faith, rather than attempts to proselytise. And as Professor Jordan Peterson points out in the video below, that is the fundamental difference between art and propaganda. Art has no ulterior motive except to explore. Any morals or lessons learned from this process are nothing but unintentional, often subconscious, side-effects. Personally, I treat the stories and scripts I pen as a kind of conversation within myself. I certainly don't agree with everything I say in the conversation, but I deem it interesting enough to explore and contemplate regardless. Propaganda, meanwhile, is created with a specific aim in mind, to persuade its audience of a particular opinion. That is why it so often feels forced and stale, like the rap lyrics above - because it is not an exploration but a boring, one-dimensional statement.


I believe Christian hip hop, and Christian pop music in general, has done much to stop Christianity being taken seriously by young people, by being such blatant propaganda. But it doesn't need to be this way. Christian musicians should realise that they will convert more people if they stop trying to proselytise, and simply lead by example in their music. Craft a beautiful song or powerful rap about the victories and sorrows of the faith, with no ulterior motive except to glorify God, and the converts will come naturally. My favourite piece of Christian pop is "Word on a Wing" from David Bowie's masterwork Station to Station. During the creation of the album Bowie was struggling with a cocaine habit and the filming of The Man Who Fell to Earth. In his spiritual despair he briefly sought salvation in the Cross. While he did not, in the end, become a Christian, this lone spiritual encounter with God produced "Word on a Wing", an honest, comforting cry of repentance in an album otherwise filled with cocaine-addled black magic and delirium. This is the sort of thing all Christian pop musicians should aspire to: