The monstrous art of Ryan Case 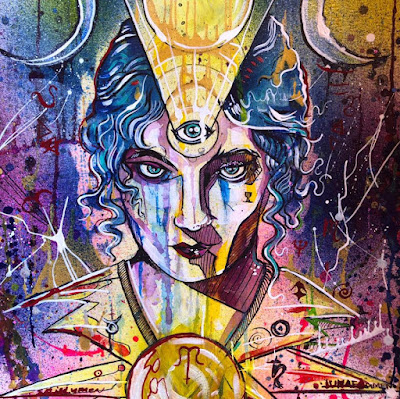 Despite being primarily a literary genre, I have often thought that cosmic horror is better suited to art. After all, it is based on the fear of the fundamentally unknowable - as a general rule of thumb, the less that is known about a Lovecraftian monster, the scarier it is. The painted image has a natural advantage over books in this regard: an artist is free to draw a surreal monster - with many limbs and tentacles, utterly beyond understanding - without supplying any explanation. Literature, on the other hand, is a storytelling mechanism - while the author may invent a monster just as surreal and inexplicable as the artist, he is bound by the obligations of storytelling to reveal more about it: its name, for instance; the setting in which it is to be found; and typically also its actions and long-term schemes and purpose. With these additional details what was once a terrifying creature of the unknown becomes watered down and categorised, thereby losing a vital part of its mystery.

This is why I have such an interest in cosmic horror art, where I can find it. Recently I had the good fortune to stumble upon the spectacular work of an American artist named Ryan Case, which I believe fits this genre. Selling his paintings online through the company Solis Lumen, Case depicts wonderful and creative monsters through the lens of eye-popping, Basquiat-esque colour; and I think this bright combination perfectly captures the limitless imagination achievable in cosmic horror. He depicts that which is beyond the knowable; colourful and infinite. I would thoroughly encourage my readers to check him out. 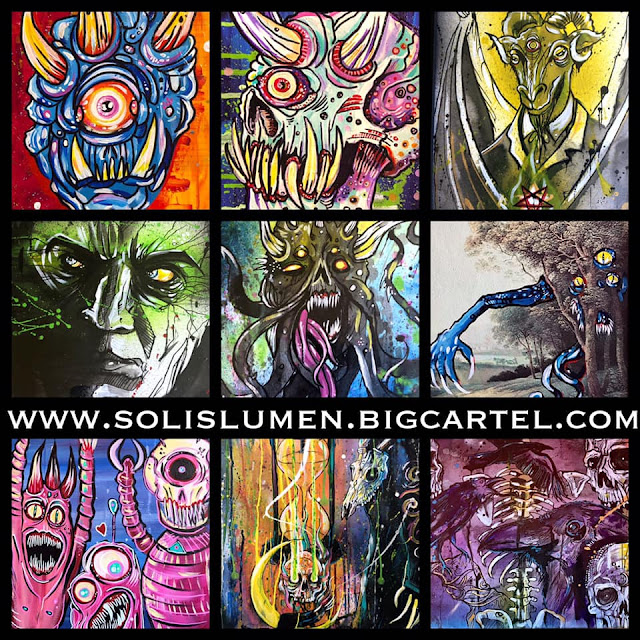