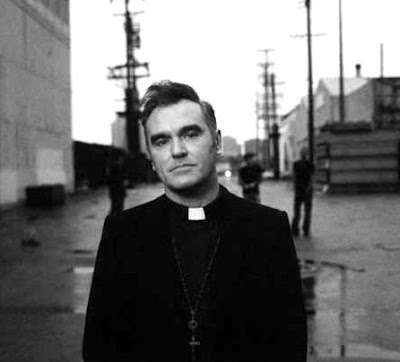 A long, long time ago a Jewish carpenter named Jesus of Nazareth allegedly wandered the Mediterranean border of the Middle East preaching to the poor, sick and oppressed, assuring them that no matter how much they suffered in this cruel world, a perfect world would be awaiting them after death. And to this hope of a Paradise to come clung the suffering peoples of first the Mediterranean, then Europe, then the West, for nigh on two millennia. Until along came the Enlightenment, the Industrial Revolution, and the World Wars, and many - one might possibly say most - of the people of the West finally lost their faith in Jesus' ancient promise. But they were left with nothing - a vacuum into which has crept a hedonistic nihilism of fast food and fast entertainment, easy sex, easy drugs, and anti-depressants; one distraction after another from the inevitable truth that we will all someday die.

The great mass of the mindless mob of humanity, who go straight from birth to death with their faces glued to television screens and mobile phones, seem content with this replacement of true meaning with true meaninglessness. But there are those of us - like Bernard Marx in Huxley's Brave New World - who realise that although the world in many respects has got a lot cosier and comfier, like a luxurious new sofa plonked in front of a new flat screen TV, suffering regardless still exists. Sometimes moreso for some than for others. And not all of us seek to pretend that it doesn't by bombarding ourselves - or letting ourselves be bombarded - with distractions. Some of us, either by choice or by being forced by unfortunate circumstances, don't turn a blind eye to the misery of the world - our own misery and the misery of countless others.

You see, there is an alternative to distracting oneself from suffering. And that is to accept it, via the tools of beauty and good humour. Tools utilised to great effect by Morrissey, a singer who in the 1980s narrated the bleak nihilistic (and often hedonistic) lives of hopeless sexually confused young people in the post-Industrial North of England. His lyrics employed beautiful imagery and self-deprecating humour to console the millions who bought his records in their day-to-day sufferings. Rather than trying to sell a distraction from suffering like most mainstream rock and pop records of the time (which offered false fantasies of earthly paradise, of style and stardom, of "sex, drugs and rock'n'roll"), the music of Morrissey beckoned, "yes, your lives are dark, heartbreaking and miserable. But it's alright, because so is mine, and I'm singing all about it with you". Rather than avoiding suffering like the hedonistic nihilists, Morrissey was not only accepting it but masochistically basking in it in order to make it lose at least some of its power. And rather than claiming that there is some unproven better life to come as Jesus did, Morrissey's lyrics don't bother holding out on such a hope, rather realising the far more realistic probability that this miserable lot is all there is and we should accept it, again, with sorrowful beauty and self-deprecating humour ("There is another world. There is a better world. Well, there must be. Well, there must be. Well...").

It is in this way that Morrissey was an alternative to both Christianity and modernity, a kind of Northern Messiah before the Angel of the North was even erected. Like Jesus before him he attracted the suffering outcast, but unlike Jesus he didn't make him any unverifiable promises. He's still out there, of course, (referring to Morrissey, not Jesus) though now he not only lives in Britain but Los Angeles, Rome, and Switzerland as well (again, Morrissey, not Jesus) . The Smiths have long since disbanded but the Bard of Ancoats continues to spew out melancholy lyrics in a long and successful solo career.

This article is of course narcissistic and tongue-in-cheek in a manner typical of the man himself, but I am serious in that I hope it explains to some degree why he has such a devoted worldwide cult following. To back up my arguments I've selected a few quotes from Morrissey's lyrics, which, as I described above, employ sorrowful beauty and/or self-deprecating humour to console the lonely people of the world:

"Oh Mother, I can feel the soil falling over my head
And as I climb into an empty bed
Oh well. Enough said."

"The dark nights are drawing in
And your humour is as black as them
I look at yours, you laugh at mine
And "love" is just a miserable lie"

"Trudging slowly over wet sand
Back to the bench where your clothes were stolen
This is the coastal town
That they forgot to close down
Armageddon, come Armageddon!
Come, Armageddon! Come!"

"When you cycled by
Here began all my dreams
The saddest thing I've ever seen
And you never knew
How much I really liked you
Because I never even told you
Oh, and I meant to
Are you still there?"
Labels: History Music Politics