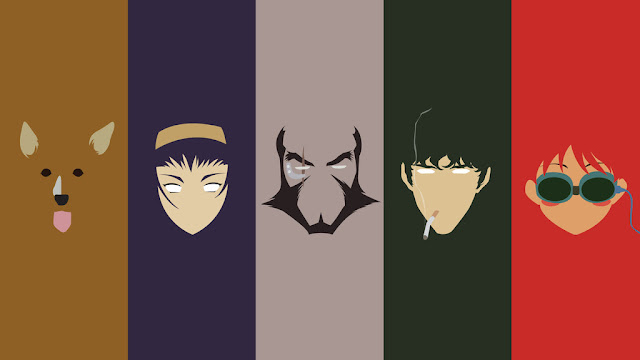 I would like to highlight what I believe is a flaw in Japanese storytelling, evident in two of the anime television programmes I have watched, Durarara!! and Cowboy Bebop. Both of these shows take an incredibly long time to introduce any sort of plot or story arc - the first few episodes (the first nine episodes in the case of Bebop - almost a third of the entire show) are dedicated to wearily introducing the main cast, character by character. But this is incredibly flawed - a plot, with stakes, is what grabs an audience's attention, especially the attention of new viewers. And it is difficult to care for these characters without a plot, as a plot, which necessitates character development, is a large part of what makes a character likeable or interesting in the first place. You can't simply plonk a group of people on a screen and say "look at them! Aren't they interesting?!", no matter how idiosyncratic (like the weird and wonderful casts of Durarara!! and Cowboy Bebop) they are. Anime apologists will excuse this by saying it's part of the Japanese penchant for "slice of life" entertainment, in which case I must say, Japanese people must have a much longer attention-span than us Westerners, to watch such rubbish as the early episodes of the  two animes I have mentioned. Although I must say not all anime suffers from this problem: Death Note, Attack on Titan, and Kaiji: Ultimate Survivor, for instance, all get straight into the plot and get the audience hooked like a salmon from the very beginning. It's storytelling 101. The first nine episodes of Cowboy Bebop, a highly overrated show, were absolutely unbearable. I want those hours of my life back.

Note: I am not arguing that TV programmes necessarily need to have a cohesive serialised story arc. I'm quite happy with standalone episodes - my favourite TV show, Doctor Who, while it still has series arcs and in the past was split into (usually four-episode) serials, since its 2005 revival has mostly been a standalone episode/"monster of the week" type of programme, and that's a refreshing change in this post-Breaking Bad age of serialised, boxset-binging television. There was just nothing particularly to grab me in the first episodes of Durarara!! and Bebop - the main cast hadn't yet fully arrived and the main plot hadn't yet begun. It was like watching the actors backstage preparing for the show to begin - it wasn't something the audience needed or should have seen. 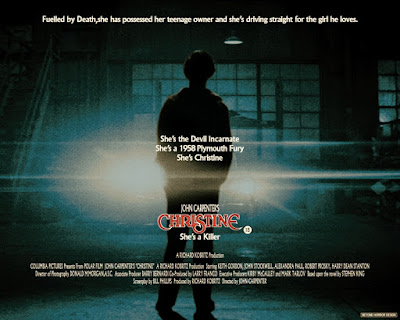 I first watched the 1983 horror film Christine, I believe, when I was a young adolescent, if not a boy. My father, I think, had taped or otherwise acquired it somehow, and suggested watching it on more than one occasion. Originally I was sceptical and put off viewing it for a while, but when I finally came round I was more than pleasantly surprised and declared it for many years afterwards my all-time favourite film. I had not seen Christine again since then, and have only just rewatched it last night. Again, (will this be a repetitive theme?) beforehand I was sceptical; I was young when I declared it my all-time favourite film - would I watch it again and be disappointed? I was not. It lived up to its former glory. It is a perfect film. And you genuinely fear for the protagonists - Christine is a genuinely scary vehicle. If I hadn't also watched Titanic (1997) for the first time fairly recently, I would undoubtedly re-declare Christine to be my favourite film again, but as it stands it's struggling with James Cameron's epic for the top spot. In any case, thank you John Carpenter, Stephen King, Bill Phillips (the screenwriter) and all those others involved in creating a masterpiece. 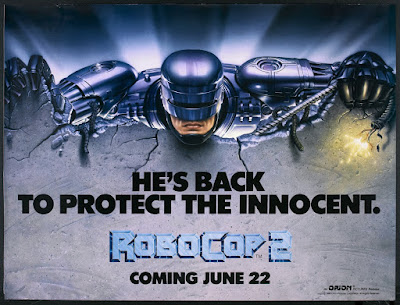 RoboCop (1987) is a great action film with numerous rich themes, but so is its chronically underrated successor, RoboCop 2, which I think I enjoyed more than the original, and which, I think, explored these themes more deeply and effectively. It was also full of a lot more schlocky fun. Many people complain about the use of violent children in RoboCop 2, but I think the corruption of innocent children is very fitting for the cynical universe the RoboCop films are set in. Give RoboCop 2 some love (it's now available on Netflix). 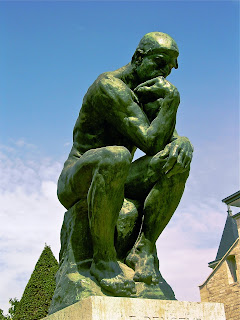 To end this article, I'd like to take a break from films and telly and talk about something I've been philosophically mulling over lately - the infallibility of human Reason.

However, you may toy around with the idea that Reason isn't all it's cracked up to be, as the postmodernists do. In fact, it's even rational to do so - for Reason to work every possibility needs to be considered and taken into account, even if it is self-contradictory. In short, I agree with the postmodernists that human Reason may be flawed, but it's all we have to go on.
Labels: Doctor Who Film Recent Ponderings Television