It is a curious thing that anarcho-capitalists believe taxation is theft. It is indeed collected by force, but so oftentimes is rent from scroungers who refuse to pay their often longsuffering landlords.

Yes indeed, I do think of taxation as the same thing as rent; since King William I the monarch has officially ultimately owned all the land in England, hence why what is to all intents and purposes land ownership is here, to this day, called land tenure.

We Englishmen are officially tenants of Her Majesty Queen Elizabeth II, our Sovereign (a.k.a. our Landlady). Not only is this why we should pay tax, but it is also why Her Majesty's Government and legislature may tell us what to do, and who may or may not come to live here. If we don't like this we can leave; therefore, the State really isn't a monopoly as anarcho-capitalists claim; it is only a monopoly inasmuch as an ordinary landlord has a monopoly over all the land of 21 Example Street.

I also fail to see how anarcho-capitalism provides an alternative, as I pointed out in this meme I recently composed:

>be me
>be anarcho-capitalist
>"taxation is theft!"
>"for freedom of movement!"
>"conscription is a violation of freedom!"
>overthrow the State in anarcho-capitalist revolution
>earn limitless wealth in the cocaine trade without THE STATE taking any of it
>use my newly earned McMoney™ to purchase half the land in England
>conquer the rest when my neighbours refuse to respect the NAP
>make my 53 million tenants pay rent
>keep out troublemakers or other people I deem undesirable from my land
>require my tenants to comply with my rules as a condition of their tenancy
>require my young male tenants to join my security guard to defend against NAP violators, as a condition of their tenancy
>upon my death give England as an inheritance to my eldest son
>mfw 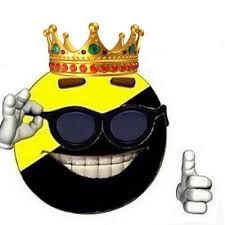 Note: I don't actually agree with conscription either. I'm just pointing out how it could easily come about in an anarcho-capitalist world.

If anarcho-capitalism will inevitably just lead to states being formed all over again via something like the process I rather cartoonishly describe above, then I really can't see any way around the anarcho-capitalist twin evils of Taxation and Law.

Republics are no different; in republics, rather than sovereignty (ownership) being held by one Sovereign (a.k.a. landlord/landlady), sovereignty resides with all the inhabitants of the land instead - popular sovereignty (a.k.a. common ownership; all the people are collectively the Landlord). The problem with the entire people being the Landlord is quite obvious - people do not all agree. Therefore, a utilitarian (the greatest happiness for the greatest number) compromise named democracy (but more accurately called majoritarianism) is what a typical Western republic will usually employ to make Landlordly decisions, a compromise which has its own problems.

Whether a monarchy or a republic, the State is owned by somebody - whether one person or the whole people. In either case taxation, as rent, and law, as the terms of tenancy, are justified.

By the way, when I argue that Her Majesty The Queen is the owner of the United Kingdom, I am not arguing that she should have total control. Landlords rarely have total control of their property due to practical considerations. A landlord may not magically transform a bungalow he owns into a giant golden goose, for instance, due to the practical consideration of reality. Likewise, he may not torture any of his tenants as to do so would be immoral. There are always limitations on ownership.

In the case of our Sovereign Queen, for centuries her predecessors have been ever more tightly restricted in their actions by the growing power of their tenants, so that today the British Sovereign is so restrained the Throne of the United Kingdom is a piece of property, according to Prince Harry at least, which is more of a burden to its owner than a benefit.

The tenants themselves are not the only restriction on a Sovereign, however. According to Christian belief, the Queen is not the ultimate owner of Great Britain. There is one property owner above them all, Who ultimately owns all Reality, of Whom even kings are only tenants or vassals. I am referring, of course, to God, King of Kings, Whom we may call the Ultimate Sovereign (or the Ultimate Landlord). This is why Christian monarchs were (and are, in the case of the British Sovereign) traditionally annointed and crowned by a priest; they are the earthly tenants-in-chief merely being leased their land (for them to subinfeudate in their turn to others, such as the ordinary property owner) from a spiritual Lord Paramount (God). But they have to pay their rent, as it were, by being just Christian rulers, or else their lease will be revoked. They have to obey their Landlord just as we obey our lesser landlords, or else, St Adomnán of Iona claimed, the angelic whip which struck St Columba would be used against the king, or as St Thomas Aquinas said, their regicide will become justified in the eyes of God.


P.s. Even in countries in which the Sovereign (whether that be Monarch or Mob) does not officially own all the land as she does in the United Kingdom and the other Commonwealth realms, I would argue my tenancy theory still applies de facto. To have control of something is to own it, regardless of whether this is formally so.
Labels: History Politics