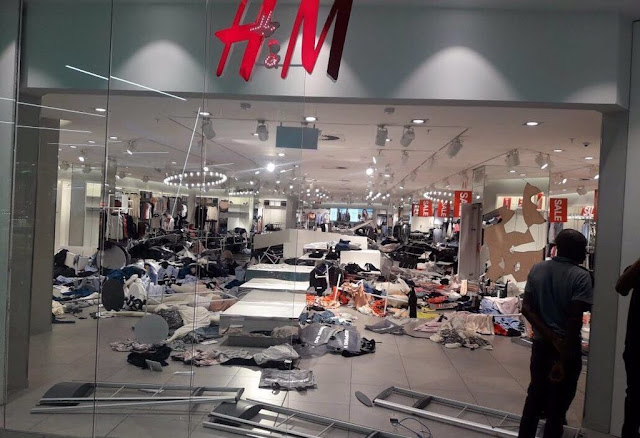 About six days ago, I chanced upon this article: https://www.msn.com/en-gb/news/uknews/handm-apologises-following-backlash-over-racist-image-of-child-model-on-website/ar-BBI4Z1p?li=BBoPWjQ&ocid=mailsignout

In response, this is what I wrote:

“While it is entirely possible that a racist within H&M orchestrated this, I think it far more likely that a child who happened to be black was used to market this shirt which just so happened to have a reference to monkeys on it (adults often refer to young ones as “little monkeys”). I don't think anyone within H&M noticed its possible racist connotations because they were not themselves racist. If I had seen this picture I don't think I would have batted an eyelid. However, self-righteous do-gooders on Twitter have obviously picked this up in order to be offended and to virtue signal. Like Morgan Freeman I think racism will only be got rid of if we stop talking about race. This sort of phony outrage will do more harm than good.”

And what do you know? Now more harm than good has been done: in South Africa, six H&M shops were wrecked in retaliation by members of the violently anti-white “Economic Freedom Fighters” group (which I remember being on the news back when I was in South Africa). Sure, these people will take any opportunity to enflame racial conflict. But we shouldn't be giving them the excuses they need. What began as a “humorous gaffe” newspaper story which I didn't think much of initially has developed into an international outrage and has brought us a tiny step closer to race war, just because attention-seekers like being offended. Please, no more.

But hey, if it turns out a genuine racist was behind the H&M picture, I'll eat my own words and join in with the condemnation. Though I doubt it.

The parents of the boy, Terry Mango and Frank Odhiambo, frequently model their child. This hoodie was one of many items the child has worn. Not only that, but the parents have frequently stated that they don't think the choice of hoodie was racially motivated, and have told everyone, among other things, to, “get over it”. They have actually been forced to move house for security reasons thanks to this hysteria. Source: https://www.standard.co.uk/news/world/hm-race-row-family-of-coolest-monkey-in-the-jungle-model-forced-to-move-house-in-sweden-for-security-a3742366.html

So, in conclusion, this story can be summarised thus,


Congratulations, self-righteous Twitter do-gooders! Thanks to you, the nasty idea that black people look like monkeys has now been printed on the front pages of newspapers around the world!

Gee, and I had almost forgotten about racism!
Labels: Politics